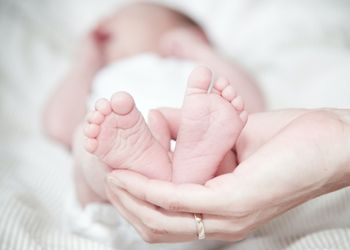 Researchers from the Murdoch Children’s Research Institute (MCRI) have developed a new screening method to identify Prader Willi, Angelman and Dup15q syndromes in newborns, after receiving a grant from the Victorian Government.

The researchers developed a method to screen for the three conditions simultaneously from a sample taken through the commonly used ‘heel prick’ test.

By looking at the number of chemical markers to affected genes, not present at such high or low levels in children without these disorders, researchers were able to identify the syndromes in babies potentially allowing for earlier diagnosis and treatment.

Wollert mother Chrissy Cimino’s son Elliott was diagnosed with Angelman syndrome when he was 14 months old, as a baby he couldn’t sit upright, never cried or babbled, and struggled to put on weight.

If four-year-old Elliott had been diagnosed as a newborn, specialists could have intervened earlier to help him develop his cognitive abilities and motor skills.

Prader Willi, Angelman and Dup15q syndromes affect about 135 babies each year in Australia, but the disorders are not included in newborn screening programs, and many go undiagnosed in a baby’s first year.

The MCRI study has confirmed that the method could be delivered at large scale for a low cost through standardised newborn ‘heel prick’ tests.

Researchers from the Royal Children’s Hospital, the University of Melbourne and international research institutes also contributed to the study.

The Victorian Government provided a grant of $100,000 to MCRI as part of the 2018 Victorian Medical Research Acceleration Fund, supporting researchers to develop the new screening method and since 2014 has committed $1.3 billion to medical research.