What is a declared event?

When an event is declared as a major event, it means:

The decision to declare an event will be made by the Minister for Tourism, Sport and Major Events under the Major Events Act 2009 (Vic).

What amendments have been made to the Major Events Act 2009?

Amendments to the legislation in 2022, include:

How much can I resell my ticket for?

For ticket holders wanting to resell their tickets to a declared major event, the ticket can be resold at the original price printed on the ticket (face value) plus 10 per cent.

What details do I need to include in my resale advertisement?

When advertising a ticket for resale, you need to include the following details:

Penalties can apply for not including these details.

Can I create an auction on a resale auction where a buyer offers me a higher price than the advertised price?

Rather than setting up an auction on a resale website such as eBay or Gumtree, where the winning bid may go over the 10 per cent threshold, it is suggested that you use the 'buy it now' function and set the price at an appropriate level, eg $110 (or less) for a $100 ticket. Otherwise, you will risk breaching the legislation.

What are the penalties if I resell a ticket for more than 10% above the face value to a declared event?

If a ticket holder resells their tickets to a declared major event for more than 10 per cent above the face value of the ticket it is an offence. Penalties can range from $908 up to $545,220 depending on the nature of the offences.

How do I report a ticket for a declared event that is advertised 10% above the face value of the ticket?

If you believe a ticket to a declared event is being advertised or sold for more than 10 per cent above the face value of the ticket, you can report a possible offence by completing the Report an Offence form via the link provided. Authorised Ticketing Officers will then investigate and determine if an offence has taken place.

Can I report a ticket issue to the website directly?

Yes. You can report an advertisement issue to the resale website directly. Often, they will have a 'report' now function, which will allow you to report suspicious or non-compliant advertisements.

Yes. All events that are listed as declared major events are subject to the Victorian ticket scalping legislation regardless of where the ticket is purchased. For example, a ticket purchased in Western Australia to the AFL Grand Final in Melbourne, is subject to the same laws as in Victoria.

How do I report cases of ticket scalping?

If you suspect tickets to a declared major event are being scalped, report it by completing the Report an Offence online form or by calling (03) 9651 9999. 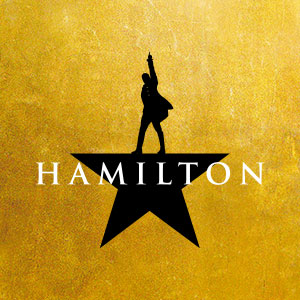